How Many Amazon Prime Members Are There? U.S. vs. Worldwide? 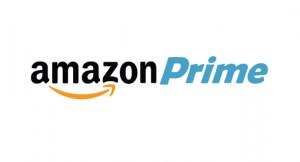 How Many Amazon Prime Members are there?

In late 2013, Amazon released a statement that the company had “tens of millions” of Prime members. But what is the actual number? Unfortunately Amazon won’t come right out and tell is the exact number. So, we have to do a little detective work…

More recently, in September 2015, Mahaney claimed Amazon’s Prime membership had increased to 50 million in the U.S., making almost 50 percent of Amazon customers also Prime members. Estimates for Prime members outside of the U.S. are a bit fuzzier, with the most current ranges coming in anywhere from 10 million to 30 million.

Who Is Included in the Numbers

Sucharita Mulpuru, an analyst with Forrester Research, said their survey data shows subscriptions probably grew 30 percent from last year (2015 vs. 2014), although Amazon claimed it was 50 percent. Mulpuru said she isn’t sure what the 50 percent actually represent.

According to Mulpuru, the numbers probably include Prime members who are not paying customers. This is because 25-30 percent of American Prime members are not paying for the service. They may be using a free trial, or they are using someone else’s membership, such as someone else in the house (spouses, kids, grandparents). So, it depends on how you define “members.” Using these members in a headcount will obviously elevate the numbers.

On July 15, 2015, Amazon held its first “Prime Day”. Think of it as Black Friday or Cyber Monday but in the summer. And specific only to Amazon. And with a mission of not just driving sales, but specifically driving Prime membership too.

On the customer side, reviews of Prime Day were mixed – many said the deals weren’t as great as they thought or they sold out too quickly. However, according to Amazon, it was quite a success, stating that sales exceeded the prior year’s Black Friday totals.

At first, when we read this, we were going to “juice up” the numbers a good bit for Prime Day. But if you read the article we linked to above, you’ll find a nugget where Amazon thanks the “hundreds of thousands” of new members who signed up. Huh? Well, it seems clear that it was less than a million here.

So How Many Prime Members are there? Our best guess…

Of course, no one knows how many true Amazon Prime members exist except Amazon. And they’re not talking. So we’re left to try and piece it together.

Based on the above line of thinking (weighted towards Mahaney’s September 2015 analysis) and the fact that a couple of months have elapsed since the most recent estimates we could find, our best guess is that the number of U.S. based Prime members is probably just over 50 million. You can then probably add another 20-25 percent on top of that (conservatively) to estimate how many paying adults have access to Prime – a result of spouses, significant others, or other family members sharing one account in a number of cases.

So our number – admittedly a guess made on other people’s estimates over time – is just north of 50 million U.S. members and likely around 60-70 million total Prime members worldwide, with each of those groups having an influence of adult customers that is a bit larger than just the absolute numbers due to spouses and family members who may share one account.

Why Do We Care How Many Prime Members Amazon Has?

A growing number of Prime members is important for several reasons. First, Amazon Prime members spend significantly more on Amazon each year than customers who aren’t part of the Prime program – somewhere between two and three times more. More Prime members equates to more revenue for Amazon and its third-party sellers.

Furthermore, being a Prime customer reduces the probability that someone will buy from somewhere else. Prime creates customer loyalty and increases Amazon’s customer base. Again, this means more money for Amazon and the sellers on the site.

Finally, we care that the numbers are growing and that they are growing fast. This means more and more people are using Amazon Prime. Amazon is sustainable and will continue to be sustainable for the foreseeable future. And do we need to say it again? More money for Amazon and more money for sellers.

If your company sells products on Amazon – and particularly if you sell via “FBA,” making your products eligible for Prime shipping – then this large and growing base of loyal Amazon shoppers is currently (for our money) the most substantial asset in retail.

Fill out my online form.